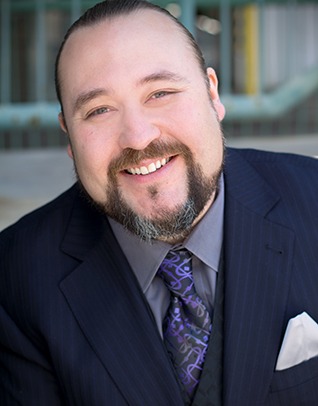 As an undergraduate, I pursued two bachelor’s degrees, one in musical theater and the other in cultural anthropology, with a minor in public relations. My graduate work was a cultivated mix of political rhetoric and performance studies. I have been an instructor of record at the University of Nevada Las Vegas, a Master Lecturer at Yale University, and a guest lecturer at institutions including the Annenberg School of Communications at USC, Tulane, Weber State University, Westminster College, and the University of Utah. Much of my research has included participant observation and ethnography working with indigenous tribes in the North American Southwest and separate research into the traditions of the Spiritualist movement in New Orleans. With the Society for the Anthropology of Consciousness, I presented several papers and chaired panels presented at multiple national conferences for the American Anthropological Association.

Continuous work in the field of applied anthropology as an organizational expert has allowed me to advise many of the top one hundred healthcare systems in America as I help them improve patient care and safety through a greater understanding and development of their institutional culture. I have also worked as part of the design team for the Las Vegas Natural History Museum, the Las Vegas Springs Preserve, and the Sustainability Gallery. In addition to these efforts, I have also advised teams at dozens of Fortune 100 companies including Apple, Facebook, and the Walt Disney Imagineers on international projects.

As a comedy presenter, magician, and speaker I’ve appeared on the History Channel, A&E, HBO, Hallmark, the Travel Channel, Discovery, HGTV, and many other media platforms. In Las Vegas, I’ve headlined for several casinos including the Orleans Casino and Planet Hollywood V Theater. I also enjoyed seven years as the house magician for the Venetian Resort Hotel & Casino. For several years, I have produced a regular monthly column in an international trade publication for magicians and mentalists distributed by the Society of American Magicians, and the S.A.M. international president has awarded me a presidential citation for being a thought leader in the art of magic. Recently, I was an official magician for Disneyland Resort and was contracted to perform at Club 33, in Downtown Disney, and in Frontierland.

I am currently a member of the senior faculty for the world’s most prestigious school for magicians, the Magic & Mystery School in Las Vegas where I teach courses and host an annual Inclusivity and Diversity in Magic conference. I am also a member of the Equity, Diversity, and Inclusion Committee for the Magic Circle in London, England, and closer to home, I am a member of the Equity and Inclusion Committee for the Magic Castle in Hollywood. Additionally, I have served for a decade on the Board of Directors for the Inclusion Center for Community and Justice in my hometown of Salt Lake City, Utah.