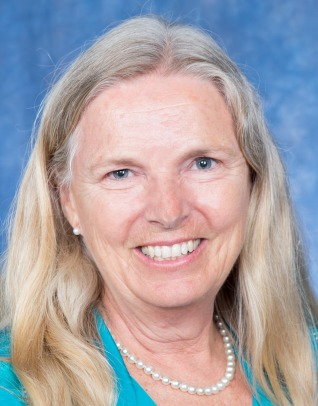 Wendy Wetzel Harder was appointed as the first Director of Community Relations for Soka University of America’s Aliso Viejo campus in January 1998. Harder came to Soka University of America from 14 years with Mission Viejo Company, where she most recently served as vice president for marketing and corporate affairs. Prior to joining Mission Viejo Company, Harder was an anchor/producer and reporter with KOCE-TV (PBS) for six years.

Harder has received two shared Emmy awards from the Academy of Television Arts & Sciences (one for Best News Cast and one for Documentary), the Radio & TV News Association’s Golden Mike Award, the Protos for Special Events from the Public Relations Society of America, and the Best Press Release award from the Orange County Press Club.

Harder is a member of the Council for Advancement and Support of Education (CASE), the Anaheim Orange County Visitor and Convention Bureau, the Aliso Viejo and Laguna Niguel Chambers of Commerce and Orange County Chinese Cultural Club. She was founding president of the Aliso Viejo Community Foundation and formerly served on the Boards for the Vocational Visions Foundation, Aliso Viejo Chamber of Commerce, Laguna Niguel Chamber of Commerce, Saddleback College Foundation and Dunaj International Dance Ensemble. She also served on the Board of the Mount of Olives Church Foundation and was an Assistant Scoutmaster for Troop 1602 in Mission Viejo.

Harder resides in Mission Viejo with her son, Jonathan, and Pirate, her Jack Russell.