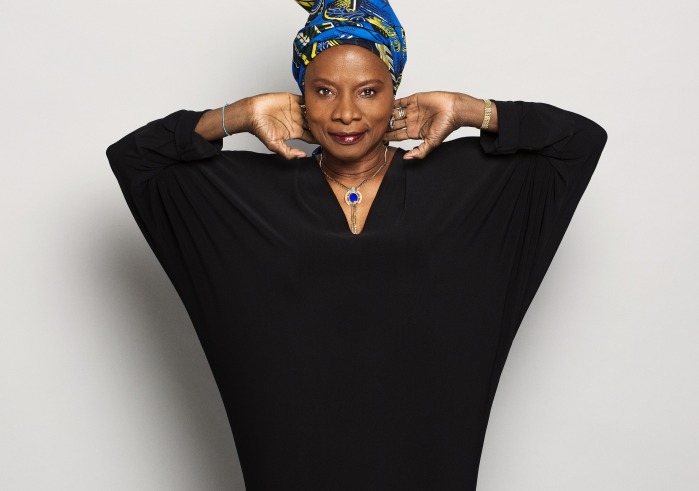 “Kidjo’s reinterpretations rearrange the molecules of songs that many of us know by heart … the results are glorious.”- NPR “

“Angelique Kidjo is THE QUEEN, who has been on the forefront of bringing Africa and African music to the world, reconnecting our diaspora through music for several decade” – Ebro Darden / Apple Music

Angélique Kidjo is among the most iconic and respected artists in international music today.

Time Magazine has named Angélique Kidjo to their list of 100 Most Influential People that was revealed in September of 2021. “The grace she exudes toward her fellow creators, and to humankind, is a reflection of her vibrancy, kindness, and generosity. Angélique is as real as they come,” says Alicia Keys, in her introduction of Kidjo to the list. The acknowledgment is the latest in a series of major accolades and appearances in what has been a tremendous year for this “towering figure of cross-cultural music” (New Yorker).

Widely recognized as the “Queen of African Music,” she has collaborated with everyone from Alicia Keys to Bono to Philip Glass. In addition to winning four Grammy Awards for her masterful vocal prowess and innovative explorations of cross-cultural musical genres, she has also proven a tireless advocate for women and children in her native home of Benin and across Africa, serving as both an OXFAM and UNICEF goodwill ambassador. As the New York Times put it, “She sings as the conscience of a community.” In January of 2020, Kidjo received the Grammy Award for “Best World Music Album” for CELIA, a captivating investigation into the African roots of Cuban salsa legend Celia Cruz. The opportunity to see an international star of Kidjo’s magnitude in the intimate setting of the Rialto comes only, in the words of her critically acclaimed tribute to the Talking Heads, “Once in a Lifetime.”