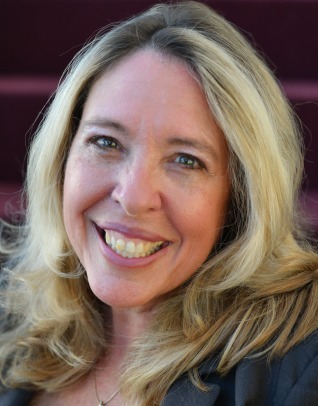 Renee Bodie (she/her) is the General Manager of Soka Performing Arts Center, having taken the lead position in 2018. She is a seasoned arts professional, with a career spanning over 25 years of performing arts organization leadership. Known for her creative and innovative artistic direction, Renee brings a history of growing audiences and connecting communities through relevant cross-cultural programming that builds bridges and spans multiple genres.

Renee came to Soka after her tenure as Executive Director of Levitt Pavilion Greater Los Angeles & Pasadena, where she merged two previous non-profit organizations running two venues in the Greater L.A. area into one focused organization, producing over 100 performances each year in two venues and covering multiple genres of music, youth programming, and intern programs.

She served as President and a Board Member of Folk Alliance International for nine years, and served as the Chair of the Performance Rights Committee, negotiating music licensing issues on behalf of FAI venues and musicians, and co-authoring the white paper “Understanding Copyright, Royalties, and Practical Application in Folk Music.” She also served as President/CEO of an independent music production company that produced live concerts, festivals, and music conferences throughout the country for over 15 years.

“I am passionate about the power of music to uplift and elevate the human experience. I look for programming that engages our audience and connects cultures, and coupled with our pristine acoustics creates an exquisite listening experience. To come away expanded and enriched, better in some way than when we entered — that is the goal.”

A Southern California native, Renee was raised in Palos Verdes, received her Bachelor’s Degree from UC Davis, and lived in Agoura Hills and Pasadena before settling in Orange County. 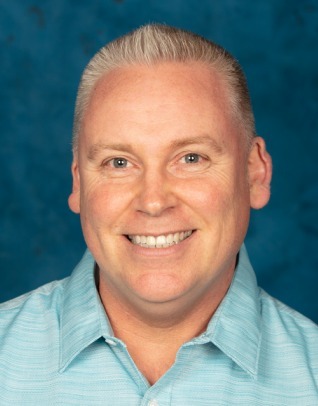 John brings a wealth of experience to the Soka Performing Arts Center with over 25 years in ticketing and patron services. Prior to arriving at Soka in 2019, John led teams at South Coast Repertory, UC San Diego, Anaheim Convention Center, Coachella, Live Nation, and House of Blues, managing ticketing operations for venues and events ranging from 200-20,000 seating capacities.

At the Soka Performing Arts Center, John oversees all the Box Office operations including programming and managing our ticketing software system, daily sales accounting, financial reconciliations, ticket account management and fulfillment, as well as training and managing a team of 25 Soka student staff.

John is passionate about the most important aspect of his position, which is to ensure a smooth and hospitable patron experience from purchasing single tickets or subscriptions to being seated and ready to enjoy a performance in our world-class Concert Hall.

John is a strong believer in the positive power of music, having absorbed the experience of many musical cultures around the world, most notably from India where he has visited numerous times. He is also grateful to contribute to bringing music and the arts to a wide audience and supporting the mission of Soka University to “foster a steady stream of global citizens committed to living a contributive life.”

As a Technical Specialist and Audio Visual Engineer with 28 plus years of experience in the field of the performing arts, Jarmil Maupin comes with great enthusiasm and appreciation to be Soka Performing Arts Center’s Production Manager. Jarmil has worked with Walt Disney Imagineering, Walt Disney Entertainment Division, Sony Pictures, RH Factor and numerous independent Film and Production Companies. He has also been nominated for a Primetime Emmy Award and multiple Golden Reel Awards for best sound in a Motion Picture and Television Series. Jarmil teaches sound design, audio, staging techniques and oversees and manages the technical requirements for contracted events. He has had the great pleasure in serving the campus community of the Ruth B. Shannon Center for The Performing Arts, Whittier College for 25 years, where he took part in creating the longest running Aloha Concert Series in the Nation. Over this time period, Jarmil has taken on several different roles in leadership and responsibilities providing solutions, services and training. 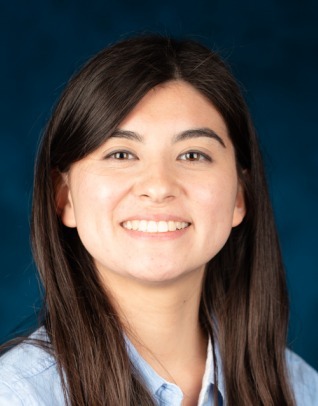 Hana Kurihara (she/her), the current Production Manager of the Soka Performing Arts Center (PAC), is a long-time admirer of the performing arts, but never enjoyed being in the spotlight herself. She began as a production assistant at the PAC while completing her undergraduate program at Soka University of America. During that time, she quickly discovered a passion for supporting the accomplishments of those onstage from her place behind the figurative (and sometimes literal) curtain.

After working at the PAC for two years and upon graduating with the class of 2017, she was promoted to Stage Manager. Her role as Rental & Events Manager followed a year later. She is now happy to be the Production Manager as of February 2022, managing logistical backstage operations during all events in the PAC. She communicates directly with artists, agents, and event staff prior to events and manages the day-of, as well as supervises and trains all student production assistants.

Hana strives to welcome artists and staff into the same encouraging backstage environment that allowed her to grow professionally as a student, and continues to inspire her as a full time employee.

Hiroyuki Connor Miki (he/him) is the Internal Events Manager at Soka Performing Arts Center (PAC) and an alumnus of Soka University of America, class of 2015. In 2012, as a student at the university with a limited background in the performing arts, Hiroyuki began working as a stage technician and, with the help of his peers and the PAC Team, he was able to build a valuable foundation of knowledge and experience.

Hiroyuki assumed the role of Assistant Production Manager at the Soka PAC in 2017, and now serves as the Internal Events Manager. Working directly with the General Manager, Hiroyuki organizes, operates and manages campus events that occur in the PAC, from instructional classes and club events, to campus wide celebrations and ceremonies.

Having developed an appreciation and commitment for Soka University and the work required backstage at the PAC, what he now finds most fulfilling is to see the student-worker staff develop their live production skillset and to be of service to the campus community. 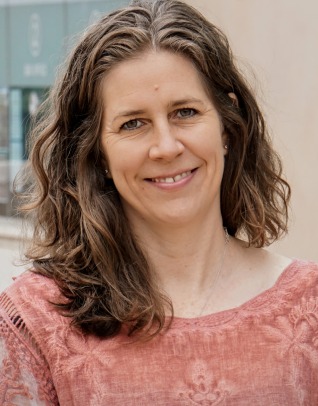 Jaime brings extensive marketing experience gained from working with both performing artists and venues alike for over two decades. Prior to her role at Soka, Jaime worked at Baylin Artists Management handling artists’ press kits and tour itineraries. She was Founding and Executive Director of Auria European Chamber Orchestra based in Italy and also a freelance bassoonist performing with groups such as the Symphonica Toscanini directed by Lorin Maazel. In addition, Jaime acted as an international artist correspondent and translation consultant with the Orchestra da Camera di Mantova in northern Italy.

A native of Colorado, Jaime received her Bachelor’s Degree in Music Performance at CU-Boulder and then went abroad to receive her MA from the Lucio Campiani Conservatory in Italy. She speaks fluent Italian and currently lives with her husband, daughter and fur kids in Aliso Viejo.

Jaime is a strong believer that the “arts have the power to heal and offer respite from the everyday stress of life.” 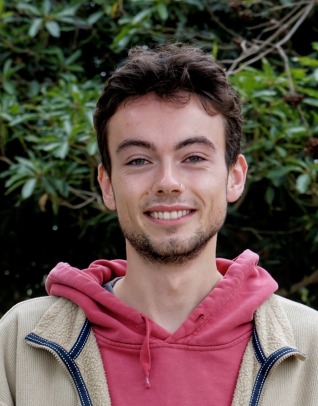 Joe (they/them) started their journey with the Soka Performing Arts Center as a freshman at the university in 2017, going on to secure a full-time role following their graduation in May 2022. Over the years, they have assisted the marketing & communications manager with the promotion of shows and the venue alike. Recently, their work has included helping to oversee social media communications and growing our online community through meaningful and insightful storytelling.

They received their Bachelor’s in Liberal Arts from the university earlier this year, with a concentration in Humanities and a specific focus on exploring the ways in which online cultural communities can come together and be a force for good. This academic work has helped direct the way they go about driving content across our social platforms. Recently, they have helped curate content celebrating historically marginalized communities within and outside the world of music.

Hailing from the UK, Joe has professional experience as co-founder and marketing director of their home city’s Pride festival, bringing diverse communities together for a week of celebration, education, and reflection on LGBTQ+ life in the UK. They believe that through our diversity can be found a common strength and that music can transcend traditional social boundaries by bringing different voices together.

In their spare time, Joe loves to catch a few minutes on the beach, trying out new recipes and of course, seeing all types of live music that the area has to offer.

As House Manager, Steve Baker is responsible for ensuring the safety and security of patrons attending the Soka Performing Arts Center. Steve oversees the orderly management of front of house concert operations in the Concert Hall and Black Box Theater including the movement and seating of patrons, supervising the usher staff and directing patrons’ on-site customer service and hospitality experience, before, during and after concerts.

Steve interfaces with the technical staff on the timing of shows, develops and presents training programs (including safety training) and coordinates with the Box Office Manager to forecast and mitigate ticketing and seating issues during high-traffic events.

Steve is a veteran event producer with extensive experience in event management. Through his event management company he has produced numerous large scale music festivals, concerts, and conference events in a wide range of venues around the country including Carnegie Hall, REDCAT and the Smith Center for the Performing Arts. His work with the Walt Disney Company shaped his standard of excellence and customer service approach. Steve’s clients comprise some of the most influential arts organizations in the country including the National Endowment for the Arts, Western Arts Alliance, Arts Midwest and Jazz at Lincoln Center.