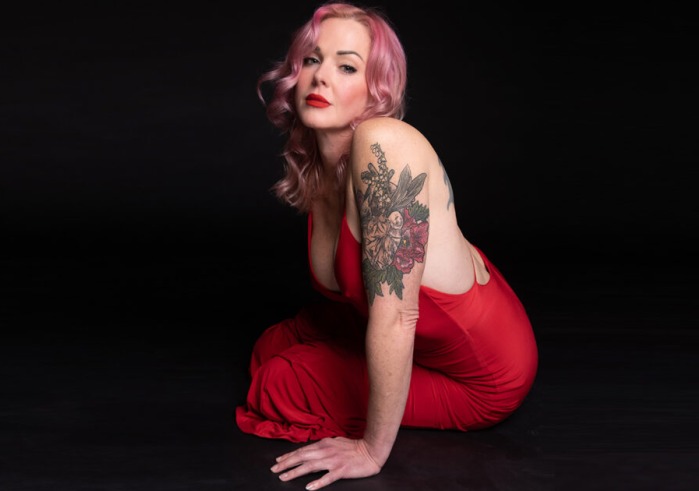 This performance may contain adult content and explicit language. Recommended for 16+

“Large’s voice is a Swiss army knife, and she spent her show slicing through the limits of the Great American Songbook. She touched on jazz, rock, show tunes and the orchestra’s classical presence, no genre out of reach of her flawless vibrato.” - The Oregonian

“She is an intoxicating and unmissable cocktail of power and vulnerability.” - The Times

Storm Large: musician, actor, playwright, author, awesome. She shot to national prominence in 2006 as a finalist on the CBS show Rock Star: Supernova, where despite having been eliminated in the week before the finale, Storm built a fan base that follows her around the world to this day. She was also seen on the 2021 season of America’s Got Talent.

Storm spent the 90s singing in clubs throughout San Francisco. Tired of the club scene, she moved to Portland to pursue a new career as a chef, but a last-minute cancellation in 2002 at the Portland club “Dante’s” turned into a standing Wednesday night engagement for Storm and her new band, The Balls. It wasn’t long before Storm had a cult-like following in Portland, and a renewed singing career that was soon to be launched onto the international stage.

In the 18-19 season, Storm performed her one-woman autobiographical musical memoir Crazy Enough at La Jolla Music Society and Portland Center Stage, celebrating the show’s ten-year anniversary. Recent engagements include debuts with the Philly Pops, members of the Chicago Symphony Orchestra, and the Seattle Symphony, as well as return engagements with the Houston, Detroit, Toronto, and BBC Symphonies; the New York Pops; and the Louisville Orchestra, with whom she recorded the 2017 album All In. Storm continues to tour concert halls across the country with her band Le Bonheur and as a special guest on Michael Feinstein’s Shaken & Stirred tour. Alongside Liza Minnelli and Joel Grey, Storm joined Michael Feinstein as special guest with the Pasadena Pops.

Storm made her debut as guest vocalist with the band Pink Martini in April 2011, singing four sold-out concerts with the National Symphony Orchestra at the Kennedy Center in Washington, D.C. She continues to perform with the band, touring nationally and internationally, and she is featured on their album Get Happy. Storm has also sung with Grammy winner k.d. lang, pianist Kirill Gerstein, punk rocker John Doe, singer/songwriter Rufus Wainwright, and Rock and Roll Hall of Famer George Clinton.

She debuted with the Oregon Symphony in 2010, and has returned for sold out performances each year thereafter. Storm made her Carnegie Hall debut in 2013, singing Weill’s Seven Deadly Sins with the Detroit Symphony as part of the Spring for Music Festival. The NY Times called her “sensational,” and the classical music world instantly had a new star.

In 2007, Storm starred in Portland Center Stage’s production of Cabaret with Wade McCollum. The show was a smash hit, earning Large glowing reviews. Her next endeavor, the musical memoir Crazy Enough, played to packed houses in 2009 during its unprecedented 21-week sold out run in Portland. Storm went on to perform a cabaret version of the show to critical acclaim at the Edinburgh Fringe Festival, Adelaide Festival in Australia, and Joe’s Pub in New York. Her memoir, Crazy Enough, was released by Simon and Schuster in 2012, named Oprah’s Book of the Week, and awarded the 2013 Oregon Book Award for Creative Nonfiction.

Storm is featured in Rid of Me, a film by Portlander James Westby, starring Katie O’Grady and Theresa Russell. In 2010, she starred at the Mark Taper Forum with Katey Sagal and Michael McKean in Jerry Zak’s production of Harps and Angels, a musical featuring the work of Randy Newman.

In the fall of 2014, Storm & Le Bonheur released a record designed to capture their sublime and subversive interpretations of the American Songbook. Entitled simply Le Bonheur and released on Pink Martini’s Heinz Records, the recording is a collection of tortured and titillating love songs: beautiful, familiar, yet twisted … much like the lady herself.

For our December performances, we’re partnering with the Laguna Food Pantry and will have donation bins for highly requested food items to go to the most vulnerable in our community. Consider bringing a can (or two!) for donation. More info HERE 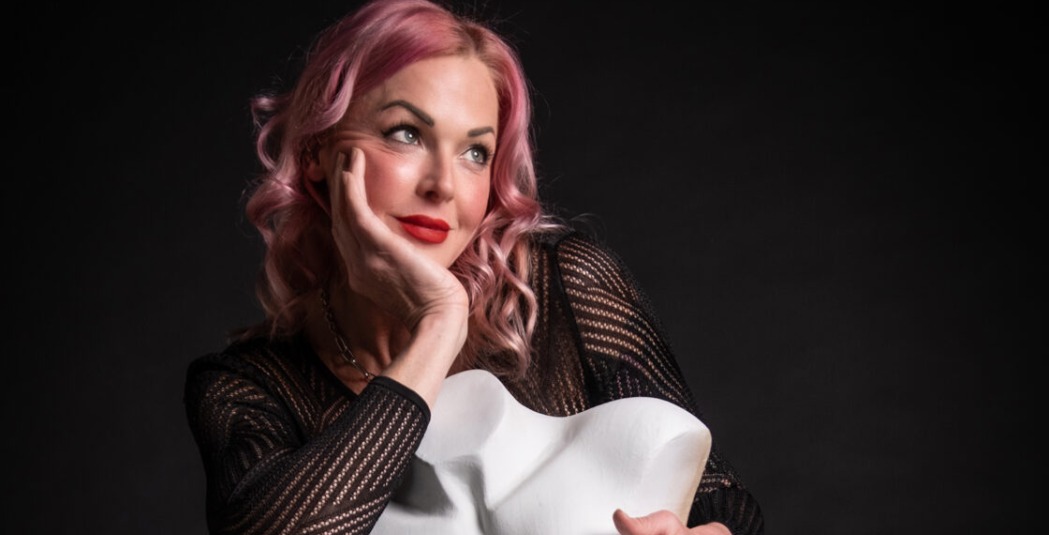