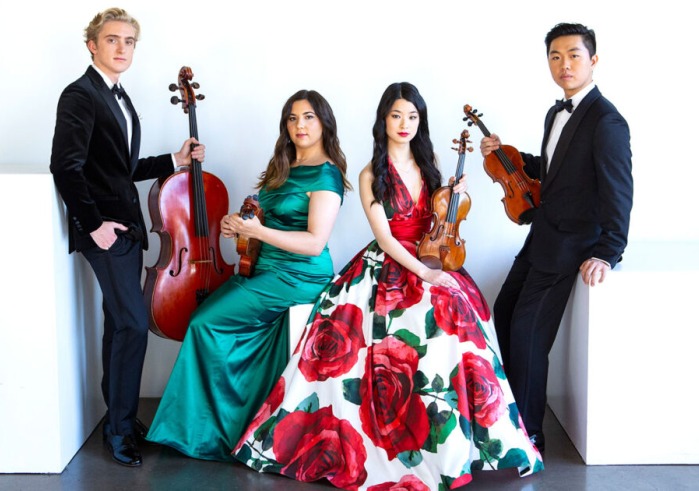 “Huge range of dynamics, massive sound, and spontaneity…all the warmth, balanced sound, rhythmic solidity, and elegance one could wish for.” - The American Record Guide

“In a field of quartets that already were clearly working closely on stage, the Viano had created an especially strong sense of being composed of equals in Haydn, Debussy and Schubert.” - Bachtrack

Praised for their “huge range of dynamics, massive sound and spontaneity” (American Record Guide), the Viano String Quartet are First Prize winners of the 2019 Banff International String Quartet Competition. Formed in 2015 at the Colburn Conservatory of Music in Los Angeles, where they were Ensemble-in-Residence through the 2020-21 season, the quartet has performed in venues such as Wigmore Hall, Place Flagey, Konzerthaus Berlin, and Segerstrom Center for the Arts.

Summer of 2021 brings debuts at Bravo! Vail and Rockport Music Festival, a return visit to Great Lakes Chamber Music Festival and, later in the season, extensive touring throughout Europe, Canada and the United States. The quartet has been recently named the Nina von Maltzahn string quartet-in-residence at the Curtis Institute of Music for 2021/2022 season.

Since the Covid-19 pandemic started, the Viano String Quartet actively presented virtual and socially distanced live concerts for various organizations, including the Great Lakes Chamber Music Festival, Friends of Chamber Music of Troy, Salt Lake Chamber Music Society, Dallas Chamber Music Society, Schneider Series at the New School, and the Banff International String Quartet Festival. With their colleagues in the Calidore String Quartet, they presented a movement of the Mendelssohn Octet while distanced across countries in a film project “The Way Forward.” As part of the Banff International String Quartet Competition prize, the quartet is in residence at the Meadows School of Music at the Southern Methodist University through the 2022-23 season. For two weeks each semester, they will perform side-by-side concerts, coach chamber ensembles, and initiate projects within the SMU community. Their 2019-20 season saw performances on three continents, including debuts in Berlin, Paris, Bremen, Brussels, Vancouver, and Beijing, among other cities. The quartet also gave several performances within Los Angeles at Boston Court, the Music Guild, and Zipper Hall, and produced a recording with the Canadian Broadcasting Corporation. They have collaborated with world-class musicians such as pianists Emanuel Ax and Elisso Virsaladze, violists Paul Coletti and Paul Neubauer, violinist Noah Bendix-Balgley, and vocalist Hila Plitmann.

Committed to engaging with communities outside the concert hall, the Viano String Quartet has given presentations for school children and students of all ages through residencies in Bellingham, Washington—the “Play it Forward” residency, a collaboration between the Bellingham Festival of Music and the Whatcom Symphony to reach school children in the northern Washington State area—Northern Michigan University, and the Santa Monica Conservatory. In 2019 they gave multiple performances of “Over the Top”, a Musical Encounter Interactive presentation they scripted, developed and performed at the Colburn School for inner city school children.

The name “Viano” was created to describe the four individual instruments in a string quartet interacting as one. Each of the four instruments begins with the letter “v”, and like a piano, all four string instruments together play both harmony and melody, creating a unified instrument called the “Viano”. 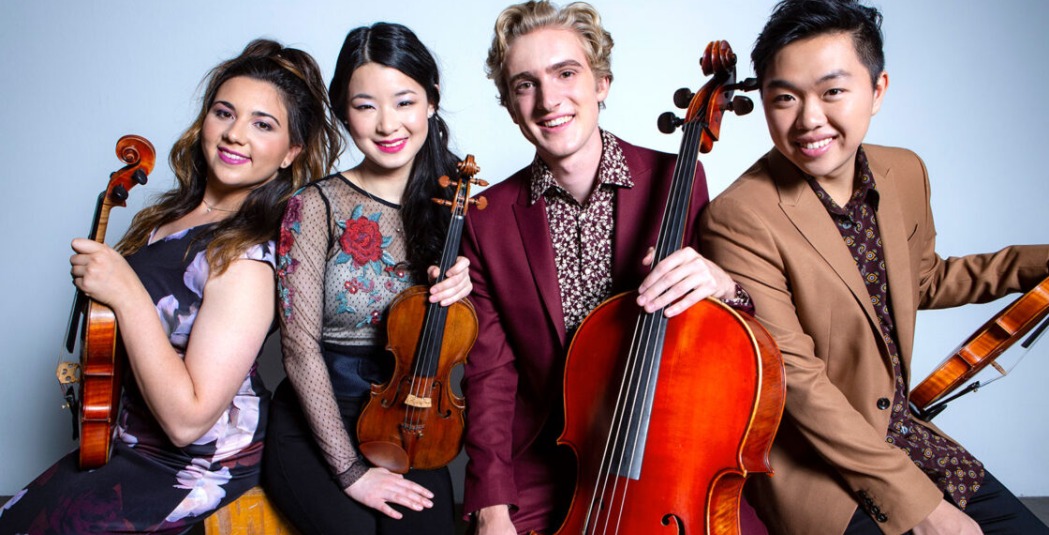 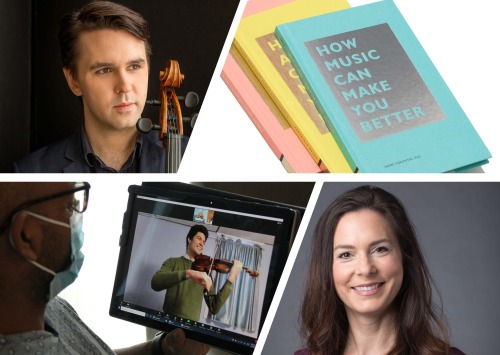 Vital Sounds: The Intersection of Art & Healing - Can Music Make You Well? 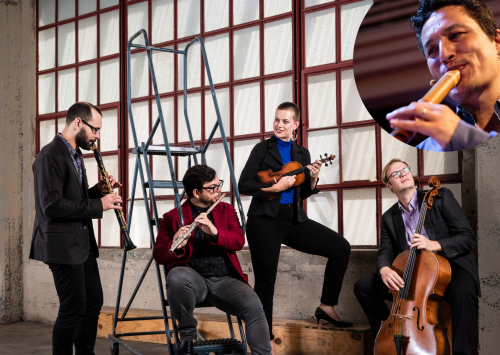