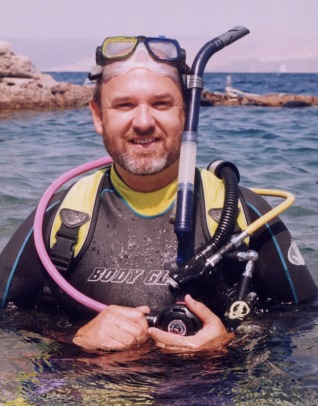 I grew up in the Southern California desert (Imperial, CA); the son of a school teacher and a housewife. My parents taught me early on the value of an education and the importance of different cultures. Both my parents were first-generation Americans. My fraternal grandparents were French-Canadian and my mother’s father was from India and her mother from Mexico. Thus I was surrounded by 4 different cultures: French, East-Indian, Mexican, and American. From a young age, I wanted to study the ocean; more specifically fish. Most children go through a phase of being intrigued by the ocean. I just never grew out of it. I primarily study fish ecology of fishes in the Red Sea (Egypt, Israel, and, Jordan) but am currently studying population genetics of fishes from the Peruvian Amazon.

My wife and I have twin daughters and 4 wonderful grandchildren.