Soka University of America faculty advance knowledge in their fields through their research and scholarship outside the classroom. Here is a sampling of recent faculty publications and notable research projects:

Professor Spady and four co-authors published an essay entitled “Chicanx Histories of the Present: A Praxis Against Gang Injunctions in Orange County, California, 2008-2016.” The essay is free to read on the University College London’s open access academic journal Radical Americas. 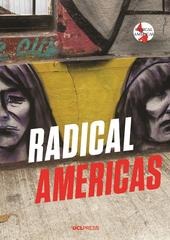 The work examines community organizing by Chicanxs Unidxs (CU), which has addressed gang injunctions, a law enforcement practice that disproportionately curtails the freedoms of thousands of Black and Latinx Californians. The organization has led efforts to replace gang injunctions with social science solutions that respect youth rights. Among CU’s accomplishments, reported in the article, was a landmark due process ruling in California Superior Court in 2013.

Over the years, several Soka students have contributed to CU’s activism and research, including Alex Scott ‘15, a co-author of the essay who is currently completing a PhD in sociology at UC Riverside.

Professor Hwang has received a fellowship from the Academy of Korean Studies (AKS) in Seongnam, South Korea, for 2022. As an AKS fellow, he will visit the AKS campus next spring to conduct a research project, “In Search of ‘Silent Revolution’: Anarchist Education in Post-1945 Korea. Prof. Hwang will present results of the research in a seminar at AKS.

Prof. Hwang also has two new publications in a special December 2021 issue of Inter-Asia Cultural Studies, “After Dirlik: History, World, and Radical Imaginations.” He contributed an essay, “Arif Dirlik in South Korea,” and an interview, “The Cultural Revolution and Its Significance in World History: An Interview with Arif Dirlik.” 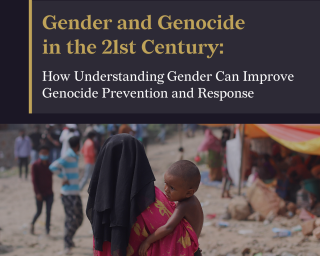 Professor Ogata was a panelist at the Gender and Genocide in the 21st Century Conference held by Newlines Institute September. The virtual conference examined state responses to gendered crimes during conflict or genocide, and how the crime of genocide entails gendered violence. Prof. Ogata appeared on a panel discussing “Challenges to Justice for Sexual Violence in Conflict & Genocide,” and using Japan-Korea relations concerning the comfort women issue as a case reference, discussed intersections of revisionism, denialism, and negationism in redressing transnational historical accountability.

Prof. Ogata also moderated a panel on “the effects of media framing on public engagement with atrocity prevention and response,” one of 16 workshops that took place virtually during the 4th International Meeting of Global Action Against Mass Atrocities Crimes (GAAMAC) on November 15-18. GAAMAC is an inclusive and collaborative network of states, civil society organizations, and academic institutions with the support of the United Nations to provide a platform for the prevention of atrocities (genocide, war crimes, crimes against humanity and ethnic cleansing). GAAMAC is currently led by the governments of Argentina, Costa Rica, Denmark, Switzerland, and Tanzania, and Prof. Ogata serves as a member of the GAAMAC Steering Group.

Prof. Allinson extensively investigates and explains insights about the corpus of philosopher Marie Pauline Eboh. Marie Eboh, a Nigerian philosopher known for her original concepts of gender theory and how they are different from Western feminism. A professor at Rivers State University of Science and Technology in Nigeria, she has been hailed by scholars as one of the finest minds in Africa.

In the book’s foreword, Professor Nlerum Sunday Okogbule, vice chancellor of Rivers State, highlights Prof. Allinson’s work, stating that it is “through the examination of the development and the interconnectedness of Eboh’s concepts that we can see how genuine freedom and therefore humanism can be achieved.”

Prof. Allinson also participated in an international conference, “What’s New and What’s Next in Jewish Studies,” hosted by the Polin Museum in Warsaw, on the alarming rise of anti-Jewish hate acts, especially throughout the US and Europe. 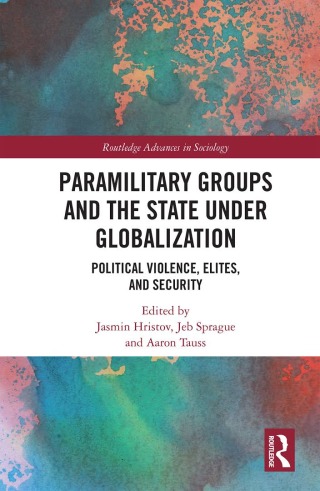 Professor Barter presented a new paper, “Understanding Self-Government: Towards a Typology of Territorial Autonomy,” as part of a panel at the International Studies West meeting. The meeting was held in Pasadena and virtually in September. Prof. Barter also has published a chapter in a new book, Paramilitary Groups and the State under Globalization. His chapter, “Disturbing the Peace: Paramilitarism across Southeast Asia,” analyzes the regions many types of militias in this diverse world region, noting how many do not fit into dominant views of paramilitary groups. Prof. Barter also presented a paper on “Indigenous Development in Southeast Asia” at the Policy Sciences Institute, Claremont McKenna College (November 19-20).

Professor Shinozuka’s book, Biotic Borders: Transpacific Plant and Insect Migration and the Rise of Anti-Asian Racism in America, 1890-1950 (University of Chicago Press), will be published in March 2022. Biotic Borders uncovers the emergence of biological nativism that fueled US imperialism and spurred anti-Asian racism that remains with us today. A book talk will be held at SUA in the late spring of 2022.

Note to SUA faculty: If you have a publication, research or scholarship activity to share, please contact Carin Rodgers-Bronstein (crodgersbronstein@soka.edu), assistant to the faculty and academic events coordinator.