Soka University of America faculty advance knowledge in their fields through their research and scholarship outside the classroom. Here is a sampling of recent faculty publications and notable research projects:

Professor Weiner’s new book the Routledge Handbook of Race and Ethnicity in Asia introduces theoretical approaches to the study of race, ethnicity, and indigeneity in Asia beyond those commonly grounded in the Western experience. 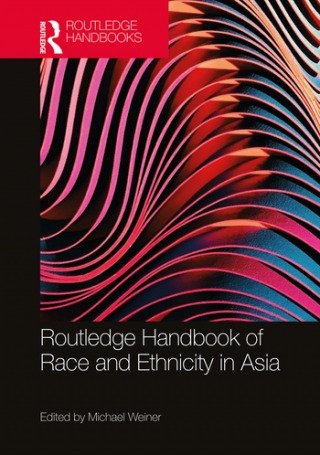 The volume’s 28 chapters consider not only the relationship between ethnic or racial minorities and the state, but social relations within and between individual and transnational communities. These shape not only the contours of governance, but also the means by which knowledge of national identity, “self,” and “other” have been constructed and reconstructed over time. Divided into four sections, it provides holistic and comparative coverage of South, South East, and East Asia, as well as Australasia and Oceania—an area that extends from Pakistan in the west to Hawai’i in the east.

Contributors to this handbook offer a variety of disciplinary and interdisciplinary perspectives, opening a domain of scholarship wherein the relationship between phenotype and racism is less pronounced than European and North American approaches that, which have often privileged the so-called “colour stigmata,” leading to further exclusions of particular ethnic, racial, and Indigenous communities.

By focusing on race and ethnicity in Asia, this volume provides a valuable resource to both students and scholars of comparative racial and ethnic studies, international relations, and human rights.

International Studies Professor Barter published an article, “Indonesian Autonomies: Explaining Divergent Self-Government Outcomes in Aceh and Papua,” in Publius: The Journal of Federalism. Co-authored with Hipolitus Wangge, an Indonesian PhD student at Australian National University, the article analyzes why self-government helped overcome secessionist war in Aceh but failed to stop violence in Papua. The authors suggest that self-government is not only about which powers are granted, but how they are negotiated and who wields them. Professor Barter also published a new chapter, “Ethnic Conflicts in Southeast Asia,” in Routledge Handbook on Race and Ethnicity in Asia, edited by Prof. Weiner.

Professor Pearce’s work was featured in a solo exhibition that opened June 12, 2021, at AMcE Creative Arts, a new fine art gallery and cultural space in the Capitol Hill neighborhood of Seattle. The show, Sommerset, includes her mixed media collage series Path and a site-specific installation, Icarus, which forms a wall-sized wave of hundreds of individual paintings on paper. Prof. Peace will also display ceramic pieces inspired by Icarus with works created in collaboration with ceramicist Don Ryan.

Upcoming exhibitions include a solo installation of Icarus at the Crossroads Hotel Gallery and Studio curated by Hesse McGraw Executive Director of CAM Houston and a two-person exhibition of glass sculptures at Providence College Galleries curated by Kate McNamara.

Professor Takaku was interviewed by a reporter from the Japan Times regarding professional tennis player Naomi Osaka’s decision to withdraw from the French Open and Wimbledon due to a mental health crisis. The article came out just before the Tokyo Olympics, where Osaka represented her home country Japan. The article raised a timely issue, as another female athlete, US gymnast Simone Biles withdrew from some Olympic events citing mental health concerns. The article can be found on the Japan Times website. 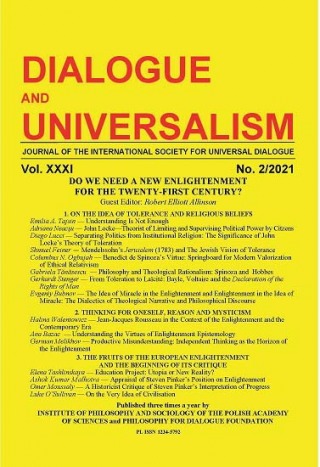 Professor Allinson was guest editor of “Do We Need a New Enlightenment for the Twenty-first Century?”, a special issue of Dialogue & Universalism. In our current time of denial of reason and sciences in which Covid-19 vaccines are abjured by some in favor of remedies, unproved by scientific inquiry and scientific method, Enlightenment values of science and reason seriously need to be reconsidered. Proclaiming these values and, yet, ignoring their application to ethnic and racial minorities and, indeed, subjecting racial and ethnic minorities to discrimination and slavery, highlights the need for critical review. This issue represents contributions from philosophers at universities from Africa, Asia, North America, the Middle East, Western, and Eastern Europe to take part in a world dialogue reexamining this significant period from our past to gain insight into new directions for our future.

Professor Caldwell spent the summer working with medical and healthcare practitioners to identify and address Diversity, Equity, and Inclusion (DEI) issues beyond race and ethnicity to include gender, sexuality, class, and the varied lived experience and context of folx and their histories. Prof. Caldwell used a critical intersectional health equity lens for this project (and of course intersectional feminist and queer theory), with a focus on increasing healthcare access and equity, while expanding their own ways of knowing —so much so that future research and teaching pedagogy will reflect these experiences. This is a continuation of their research into DEI that began in 2014 of social justice activism, which has segued into discussions of public sociology and justice within corporate and healthcare institutions. Prof. Caldwell was able to engage past Soka students in these discussions as well as current colleagues.

Additionally, Prof. Caldwell organized a digital LGBTQ Pride celebration for Scarleteen, worked on a documentary interview project of LGBTQ+ performance artists in Mexico, and began an extensive project of organizing and digitizing archives for the Los Angeles Sisters of Perpetual Indulgence, a LGBTQ+ nonprofit in Los Angeles.

Professor Walsh spent nine weeks during the summer working in the new Curie Hall with Erica Koyama ‘23 and Micaela Lafrenz ’23 to tackle a project that Koyama had proposed during her bioinformatics independent study last fall. Finally in-person and in the lab this summer, they cloned and expressed uncharacterized yeast nitrilase proteins in bacteria and initiated studies to identify the activity of these proteins. Koyama presented their work as a virtual poster at the SoCal Undergraduate Chemistry Research Symposium in August. The poster is now displayed on the third floor of Curie Hall.

Tomoko Takahashi – Vice President for Institutional Research & Assessment, Dean of the Graduate School, and Professor of Linguistics and Education

Professor Takahashi has published the paper, “Wronged Translators in U.S.-Japan Politics” in the recent issue of Asia Pacific Translation and Intercultural Studies.

Prof. Takahashi was inspired to write this paper when she taught an independent study course several years ago for International Studies concentration students interested in translation studies. Based on the reading assignments and lectures she had given to the students, she drafted a paper, presented it at an international conference, and expanded and updated it before submitting it to the journal. 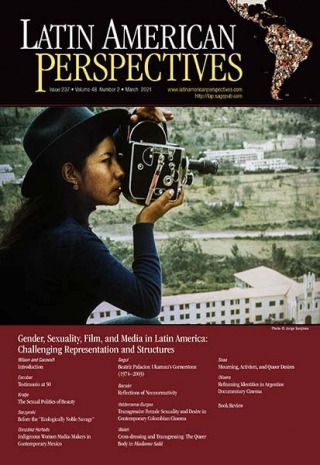 Professor Wilson, a member of the editorial collective of Latin American Perspectives, organized an international online conference with the authors who contributed to her co-edited special issue of LAP, “Gender, Sexuality, Film, and Media in Latin America: Challenging Representation and Structures” (March 2021). The issue is co-edited with Prof. Clara Garavelli from the University of Leicester. The conference can be accessed on the LAP Films website or on YouTube.

In addition, she participated in the Seventh Annual International Conference Latin America: Tradition and Globalizations in the 21st Century, in July. Her talk, “Cuerpos migrantes: centroamericanos surcando el territorio mexicano,” analyzed the representation of Central American migration in Mexican literature.

Gesa E. Kirsch – Professor of Rhetoric and Composition, Director of the Writing Center

Professor Kirsch received a book contract from Southern Illinois University Press for a co-edited volume, Unsettling Archival Research: Engaging Critical, Communal, and Digital Archives. This book is one of the first publications in rhetoric and writing studies to unsettle disciplinary knowledge of archival research by drawing on decolonial, Indigenous, antiracist, queer, local, and community perspectives. The volume includes both critiques of archiving as a set of institutional practices, ideologies, and conventions, and new tactics of engaging critical, communal, and digital archiving within and against systems of power. Contributors reflect on how to counteract, resist, and explore alternatives to racist, colonial histories; highlight how radical political approaches might support such work; and illuminate how tactical archival practices can decenter and reshape traditional archival methodologies. The book originated during Prof. Kirsch’s visiting professorship at the University of Louisville in fall 2019 and continues her mentorship of doctoral students and emerging scholars.

Several years ago, Professor Mazumder started putting a data set together based on a hunch. This summer she presented the results on the Corporate Average Fuel Efficiency Standard (CAFÉ) at the conference of the Western Economic Association International (WEAI). A usual effect documented with the CAFÉ standard is that it encourages driving, thereby not being as effective at reducing gasoline consumption from the personal transport sector as the preferred alternative of a gasoline tax.

However, CAFÉ standards also result in changes in vehicle attributes that American customers care about such as weight, power, acceleration, and size of the vehicle. Prof. Mazumder’s paper estimates the extent to which these changes in vehicle attributes affect driving. Results show that under the CAFÉ standard, the increase in driving is dampened by the attribute changes, potentially making the CAFE standard less of a poor policy choice relative to the gasoline tax.

Professor Spady traveled to South Carolina to research his book on the racial and ethnic politics of an antislavery movement in Charleston. In 1822, a group of free and enslaved black men planned to fight their way to ships in Charleston harbor and flee the country. Their movement attracted American-born people as well as Igbos and men of various other African ethnicities. Betrayed to authorities before they could attempt their rebellion, the movement nonetheless helped rebirth antislavery agitation in the country. But the movement’s diversity has never been analyzed and the archive’s reliability has been questioned.

Prof. Spady’s research this summer developed documentary evidence for two lines of argument intended to advance debate about the archive’s veracity and provenance. He has been collecting handwriting samples to identify the clerk who made the records. He has also been mapping the social relationships and urban geography of the organizers.

Professor Golden produced and edited a video report on the work of Music in Common, which aired online July 30. Music in Common is a US-based organization focused on promoting peacebuilding through engaging diverse populations in collaborative music-making activities. Trey Carlisle ’19 and Kiyomi Muro ‘19 have leadership roles in the group, and current students Art Beck ’22 and Anjan Rana Magar ’23 are also actively involved.

The 12-minute video is part of a series put on by the Min-On Concert Association entitled “Share Music Day,” and features Carlisle and others. You can watch it here, with this note: the first 1:20 is an introduction in Japanese; the Music in Common portion, with Japanese subtitles, starts at 2’30.”

Prof. Golden anticipates offering the course “Music and Peacebuilding” in the 2022-23 academic year.

Arie A. Galles– Professor Emeritus and Artist in Residence

Professor Galles, and poet Jerome Rothenberg’s translation of the Polish poet Cyprian Norwid’s poem, “Chopin’s Piano,” has been published in a new book, In Memory Of The Polish Poet Cyprian Norwid 1821-1883 by Józef Franciszek Fert. 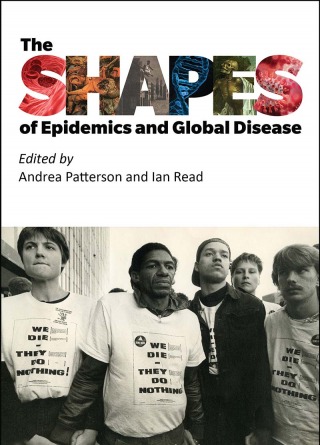 Professor Peters guest-edited a thematic issue on “Natural Playscapes and Outdoor Education” for the journal Built Environment. Her editorial can be freely accessed on the journal’s website and a shorter blog introducing the different articles is available on Alexandrine Press’ “Blogged Environment” page. This issue was partially inspired by her Winter 2020 “Moved by Nature” Learning Cluster Trip to Scandinavia, focuses on how nature has been incorporated into playscapes; and how virtual or “smart” elements of play are complementing or otherwise influencing the way children and young adults are experiencing the outdoors. The contributions include examples of outdoor play in Europe, the United States and Mexico and, importantly, they give voice to practitioners as well as academics. Prof. Peters recently received a PBRC Faculty Fellowship to further expand on this work and organize a small academic symposium on the topic at SUA next spring.

Note to SUA faculty: If you have a publication, research or scholarship activity to share, please contact Carin Rodgers-Bronstein (crodgersbronstein@soka.edu), assistant to the faculty and academic events coordinator.