Starting college at the age of 23 wasn’t easy for Biplab Karki ’22, but his doubts about fitting in were short-lived and his SUA experience has strengthened his resolve to help those on the verge of giving up.

Karki spoke about his journey in one of three student videos presented during Soka’s 20th Anniversary celebration in May.

Karki, who is concentrating on social and behavioral sciences, recalled that he almost failed out of high school in his native Nepal and had to retake his exams.

“I lost faith in myself and convinced myself that I’m not cut out for academia,” he said. “The sad reality of education in Nepal is that for the most part, if you think you can’t do anything else, you become a teacher.”

In Karki’s case, teaching at a primary school in a rural area—a three hours uphill journey on foot from the nearest bus station—inspired his eventual return to his own education. Working with the “very curious children” rekindled his own curiosity, he said.

Before that could happen, an earthquake devastated Nepal. Karki helped with the rescue and rehabilitation efforts, and then became a social mobilizer with a project aimed at ending gender-based violence and establishing gender equality.

“I witnessed a lot of disturbing incidents of violence against women, which still gives me PTSD from time to time,” Karki said. “But at the same time, it also makes me feel good that we were able to rescue six women, and help 30 others start their own small businesses.”

Karki then knew he wanted to find a college whose mission was related to creating more equitable and peaceful societies, which led him to SUA. “One needs wisdom to see the vices of society, courage to speak against it, and compassion to help those who are suffering,” he said, referring to SUA’s founding principles.

Pushing through his doubts and enrolling in SUA was one of the best decisions of his life, said Karki. With the help of Soka financial aid, he was able to focus on his education. Some of the money he earned while working on campus, combined with contributions from friends, have been used to fund a young survivor’s education in Nepal.

“I think you reach a point in your life where somebody else’s achievements make you way happier compared to your own achievements,” he said. “I am forever grateful to Soka’s education, which is not only impacting the lives of its students, but also many others in many indirect ways.”

Karki will be an intern this summer with Google’s information technology team, which he said isn’t as different from social work as it might seem.

“I think IT is very similar to social work because it’s also about troubleshooting and finding solutions to other people’s problems,” Karki said. “And just like social work, it gives me immense pleasure and satisfaction when I can finally solve someone’s issues.”

Karki hopes to use the interdisciplinary knowledge he’s gained at Soka to fight social injustices such as gender-based violence.

“Having almost given up on life and education, I feel very lucky to have come this far,” he said. “I hope my story can inspire others to never give up. It’s never too late to do anything.” 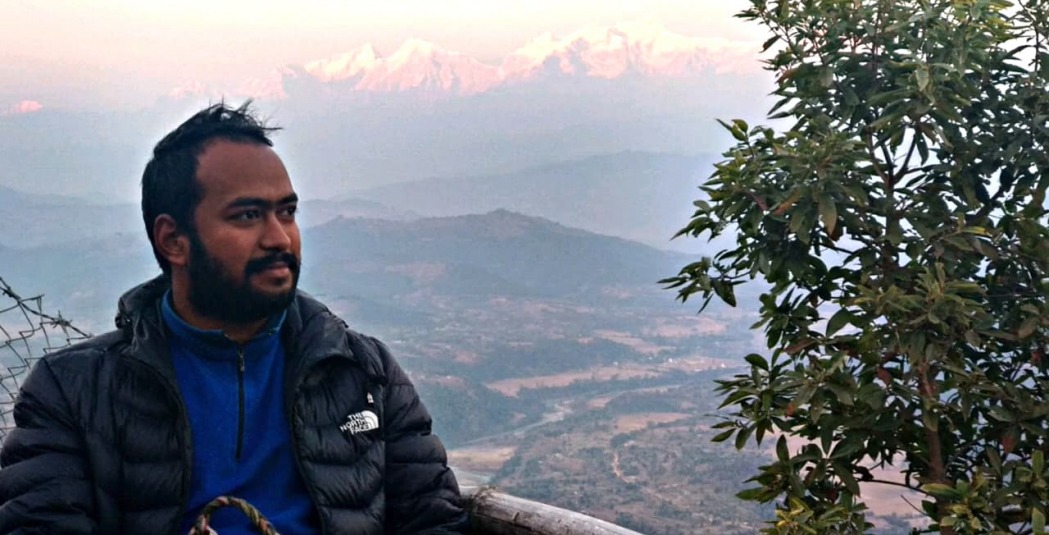