With teachers and students everywhere facing so many challenges, not the least the global pandemic, how can educators stay inspired?

The second World Summit of Educators, sponsored by Soka University of America, offered myriad solutions, and the online event itself was an energy-maker. Registration data indicated that of the 344 participants from 20 countries, 142 were teachers.

“It was so refreshing to hear how young people, who may not seem to have a lot of authority and access to levers of power, can change the world by virtue of their energy, optimism, and hope,” said summit co-chair Bryan Penprase, SUA vice president for sponsored research and external academic relations.

Global educators and citizens face a remarkable opportunity to “build forward better” after the pandemic and movements for social justice, Wanjira Mathai said in the summit’s keynote address.

“Inclusion, resilience, and shared prosperity must be at the heart of how we will, and we must, build forward better,” said Mathai, vice president and regional director for Africa at the World Resources Institute.

“Education has to be a major part of how we invest for a more sensible future,” she said. “It’s crucial that we do not go back to the old ways of doing things. Everything will have to change, including our education systems and how we prepare our young people in particular for the future.”

“Her work, along with that of several speakers, showed in many ways that they are speaking the same language that we at Soka University of America are offering in our mission statement,” Penprase said. “Working in and searching for empowerment through environmental justice in Africa is entirely aligned with our dedication to the interconnectedness of humanity and nature and the power of education to unlock human potential.”

With the theme of “Educating for Global Citizenship: Building an Equitable, Peaceful and Sustainable World,” the summit emphasized wisdom, courage, and compassion as well as the four pillars of education: peace, development, environment, and human rights.

Registration data showed that 43 percent of attendees came from outside the United States, and this diversity helped summit organizers meet their goal of building visibility and relationships with educators across the world.

Organized by SUA graduate students, the summit also coincided with the 20th anniversary of the university’s Aliso Viejo campus and the 25th anniversary of a seminal moment: university founder Daisaku Ikeda’s address at Columbia University Teachers College in 1996.

“A speech that received little attention for 20 years has now become a driving force for change,” said 2021 summit emcee Prince Paa-Kwesi Heto, a 2016 SUA master’s graduate in educational leadership and societal change who co-chaired the first summit in 2016.

SUA President Ed Feasel opened the summit with news of two initiatives — the Global Solutions Institute and the Pacific Alliance of Liberal Arts Colleges — to support education for global citizenship and research in pursuit of United Nations Sustainable Development Goals.

The new institute will also develop working groups to develop a course curriculum on education for global citizenship for every level of education from primary school through university.

“Society, the world, and humanity is in danger of being disunited,” President Baba said, noting the pandemic and other world-wide issues. “We are faced with global issues such as infectious diseases, global warming, and climate change that cannot be solved by mere individuals.” 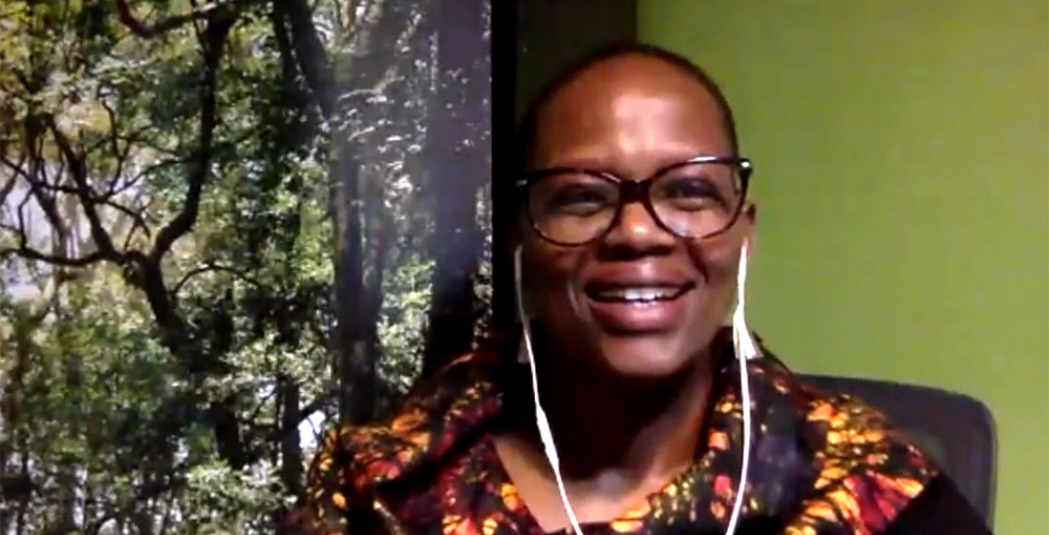 Mathai is familiar to the SUA community. Maathai Hall is named for her mother, 2004 Nobel Peace Prize Laureate Wangari Maathai (1940-2011).

Ikeda recalled meeting Maathai and listening to “her hopes to convey to the younger generation that a genuinely fulfilling life is realized when one devotes one’s life for the sake of others,” said his message read by President Feasel.

“Thank you for honoring my mother on your campus, because I know just how much she connected with the principles we’re talking about today, that education is at the heart of how we transform the lives of everyone,” Mathai said.

The current “reset” of society, she said, depends on care for the environment, as her mother demonstrated with the Green Belt Movement. Today, 900,000 Kenyan women have planted more than 51 million trees to restore Kenya’s soil. Mathai noted that the world’s food supply depends on small farmers, most of whom are women.

“My mother understood profoundly well that education is about bridging the knowledge and practice gap,” she said. When illiterate farmers used their knowledge to help solve deforestation, they became empowered to stop public corruption. Mathai described this as “the noble work that education in all its forms does to empower to enable one to find their agency and to begin to do things for themselves.”

She urged the summit attendees to commit to four actions (produce, protect, reduce, and restore) that make the natural world “the heart of how we move forward,” and to teach children to do the same “because we only protect what we love.”

“We have to start with what we can do, and in most cases you can protect the environment around you,” Mathai said.

Building on the achievements of the 2016 World Summit of Educators, the second summit advanced Mr. Ikeda’s vision, said summit co-chair Tomoko Takahashi, SUA vice president for institutional research and assessment, and dean of the Graduate School.

And organizers intend to continue to work toward that vision – that a network of educators committed to teaching global perspectives is vital to world peace and advancing human welfare, dignity, and equality – in the years to come.

“The founder was absolutely right about the need to create ‘an era of education and peace in which the smiling faces of every child and youth will brighten our world’ is becoming apparent each day,” Takahashi said. “Our discussions and the report from the Youth Summit convinced me that we need to double our effort if we are to actualize his vision.

“However, I felt hopeful seeing all the people doing great work in the education arena. There are many people who also want to contribute. We at SUA are well-positioned to provide the nurturing space, intellectual home, and guidance to those seeking to contribute.”