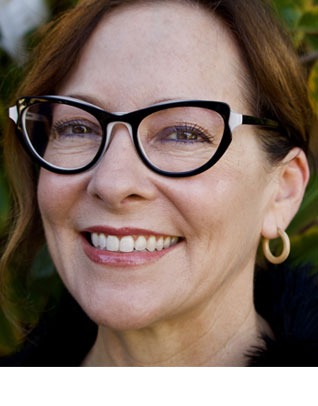 Kristi M. Wilson is the Director of the Writing Program at Soka University of America. Dr. Wilson received her PhD from the University of California, San Diego, in 1999 in Comparative Literature and has since then authored many publications among them Italian Neorealism and Global Cinema (co-edited by Laura E. Ruberto, Wayne State University Press, 2007), Film and Genocide (co-edited by Tomás Crowder-Taraborrelli, University of Wisconsin Press, 2011), Political Documentary Cinema in Latin America (Routledge, 2014), an Introduction to The Satyricon of Petronius (Barnes and Nobles, 2006), and several articles and reviews for academic journals such as Screen, the Yearbook of Comparative and General Literature, Signs, Literature/Film Quarterly, and others. Most recently, she co-edited a book in Spanish entitled Documental: teorías, praxis, tecnologías (Documentary: theory, praxis, technologies) with Promoteo Editorial Press in Buenos Aires, Argentina, 2019.

Shortly after earning her PhD, Wilson was the recipient of a University of California, Berkeley Summer Research Institute Fellowship and a University of California, Irvine, Humanities Research Institute Postdoctoral Fellowship. She then went to Stanford University as a Postdoctoral Fellow in the Humanities in the Introduction to the Humanities Program in 2000 where she taught several interdisciplinary humanities courses. She joined the Stanford Program in Writing and Rhetoric faculty in 2004 where she taught and served as Assistant Director of the Hume Writing Center, until coming to Soka University of America in 2008. In 2017 Dr. Wilson was the co-recipient of a Ford Foundation Fellowship for the organization of the 24th Visible Evidence Congress in Buenos Aires, Argentina.

Dr. Wilson holds an MA in Classics from San Francisco State University and a BA in Theater Arts from the University of California, Santa Cruz. Her teaching and research interests in rhetoric include classics (Greek tragedy, comedy, oratory, satire, epic poetry), gender studies, philosophy, literature, theater, and film studies. While at San Francisco State University, she wrote and directed a musical adaptation of Euripides’s little known tragedy The Phoenician Women Called Tanguedia. Lyrics for the songs were set to “golden age” tango classics and the play was set in 1930s Buenos Aires. The musical was performed in two different productions at SF State University and in the Castro district of San Francisco. Dr. Wilson is a member of the editorial collective and is also the film and media editor for Latin American Perspectives (a SAGE Publications academic journal).