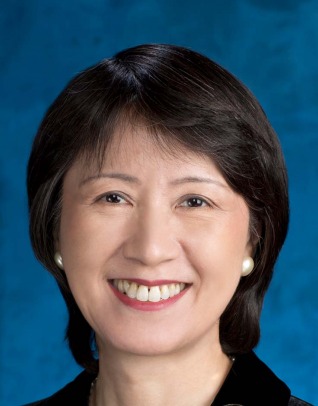 Vice President for Institutional Research and Assessment
Dean of the Graduate School
Professor of Linguistics and Education
Email
ttakahashi@soka.edu
Phone
949-480-4047

Tomoko Takahashi joined Soka University of America (SUA), Calabasas in 1992. In February 1994, she was appointed as the university’s first Dean of the Graduate School to direct the Master of Arts degree program in Second and Foreign Language Education. In 2001, she was appointed as SUA’s first Provost to serve as the university’s Chief Academic Officer (CAO), overseeing both the graduate and undergraduate academic programs (2001–2014). She currently serves as the Vice President for Institutional Research and Assessment as well as the Dean of the Graduate School.

In 2015, Takahashi was elected to the WASC Senior College and University Commission (WSCUC). As SUA’s Accreditation Liaison Officer (ALO) since 2001 and a frequent visiting committee member since 2008, and as a WSCUC Commissioner (2015–2021), she has gained valuable experience with and made a significant contribution to the accrediting commission.

Takahashi has published more than twenty books, including scholarly books in English and Japanese on language learning, cross-cultural communication, and lexico-semantics; fifteen textbooks for Japanese learners of English, eight of which have been translated into Chinese and Korean; and Japanese translations of Rosa Parks: My Story, Quiet Strength, and Dear Mrs. Parks. Her research interests include second language acquisition, particularly lexico-semantic transfer and pragmatic transfer, cross-cultural communication, and translation theory. Her research has been widely published and cited in scholarly journals and books in applied linguistics. She has also published numerous articles in magazines and journals for English learners in Japan as well as for the general readership.

Takahashi’s memoir, Samurai and Cotton: A Story of Two Life Journeys in Japan and America, published in November 2011, was named the Winner in the Autobiography category of the 2012 Next Generation Indie Book Awards. It was also honored as an Award-Winning Finalist in the Autobiography/Memoir category of the 2012 International Book Awards. Among many other awards and honors, Takahashi received a Doctor of Humane Letters Honoris Causa from Albertus Magnus College in 2006.

An active volunteer, Takahashi has donated her time and expertise to local, regional, and international communities – e.g., as a member of the Board of Trustees of Albertus Magnus College (1996–2017); as an accreditation commissioner (2015–2021); as a visiting committee member, assistant chair, and chair to review degree-granting institutions for WSCUC accreditation (2008–present) and state approval by the California Bureau for Private Postsecondary Education (2001–2006); as a member of the steering committee on the annual “Pathways to Freedom” program sponsored by the Rosa and Raymond Parks Institute for Self-Development (1995–2000); and as a supporter of several non-profit organizations.