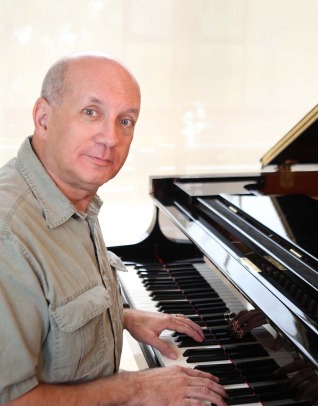 Michael Golden studied music composition in the Pacific Northwest with, among others, William Bergsma, Tomas Svoboda, Diane Thome, and William O. Smith, receiving the DMA from the University of Washington in 1992.

Dr. Golden has composed for a wide range of media. He has been commissioned to write solo and chamber ensemble works, large ensemble works, and pieces for jazz ensembles of all sizes, and has also composed music for computer, live electronics, and mixed media, including websites, film, video and theatre productions.

Dr. Golden’s music has been performed throughout much of the United States as well as on six of the seven continents. He has also performed as a jazz pianist throughout the US and abroad.