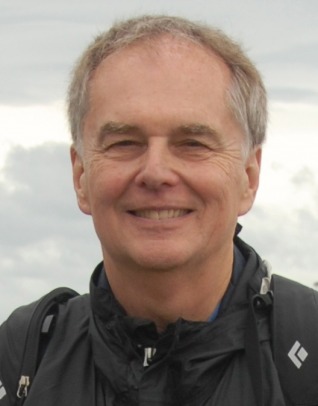 Robert K. Moyzis, PhD, is internationally known for his pioneering work on human genome organization and complex genetic disorders. His discovery and molecular cloning of the human telomere is a landmark in the history of our understanding of chromosome structure and function. Alterations of this telomere sequence, (TTAGGG)n, the molecular “cap” of human chromosomes, have been implicated as responsible for cellular aging and cancer progression. As prior director of the Center for Human Genome Studies at Los Alamos National Laboratory, and as an advisor to both the DOE and NIH, he helped initiate the worldwide Human Genome Project (HGP), whose goal to identify all human genes is now completed. His center developed many innovative recombinant DNA and DNA sequencing techniques, constructing the first high-resolution physical maps of human chromosomes 5 and 16. He has collaborated on many successful disease gene searches, including those for Fanconi Anemia and Familial Mediterranean Fever. Following his move to the University of California at Irvine, Moyzis’s research has focused on the development and use of HGP technology to study the molecular genetics of human variability and complex disease, including Attention Deficit Hyperactivity Disorder (ADHD), Autism, and Alzheimer’s. His laboratory conducted the first genome-wide computational analysis of extensive Darwinian selection in humans. While it is often assumed that humans have stopped evolving due to our rapid cultural development, this pioneering analysis suggests the opposite: that our culture may have had a profound and ongoing effect on shaping our DNA. Dr. Moyzis obtained his PhD in Biophysics/Molecular Genetics from Johns Hopkins University, is an elected Fellow of the American Association for the Advancement of Science (AAAS), and is the recipient of numerous scientific awards, including the 2018 Los Alamos Medal and the United States E.O. Lawrence Presidential award for distinguished contributions to the field of molecular genetics.