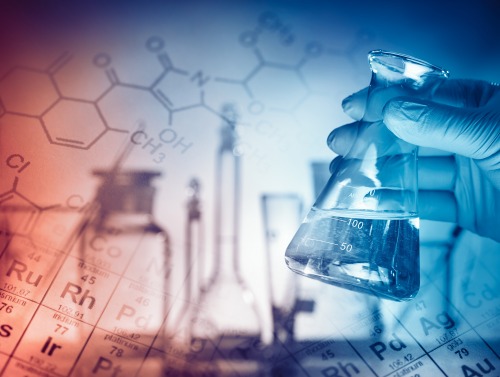 “This course teaches students chemistry in the context of their own lives and examines world issues through a scientific lens. We highlight issues of interest such as air and water quality, energy, climate change, polymers, or nutrition. Students have two related tasks: learning about the issue and finding ways to act constructively. The global problems that we face—and their solutions—are intimately linked with chemical expertise and human ingenuity.” 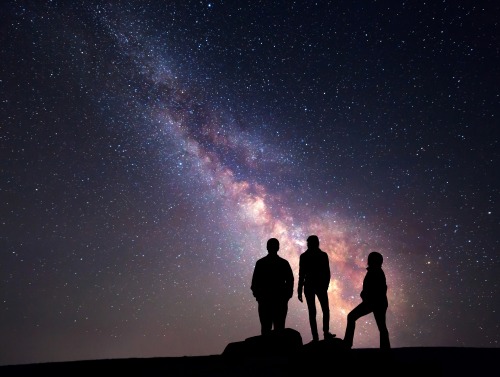 “This course places the Earth and its sun in context in the larger cosmos—how astronomy has unraveled the origins of Earth, its location within the universe, and the vast scales of time and space that astrophysics has revealed about our physical universe. We explore the properties of Earth, the ongoing discovery of thousands of other solar systems, the first stars and elements, and how the cosmic origins shape the universe and planet we inhabit.” 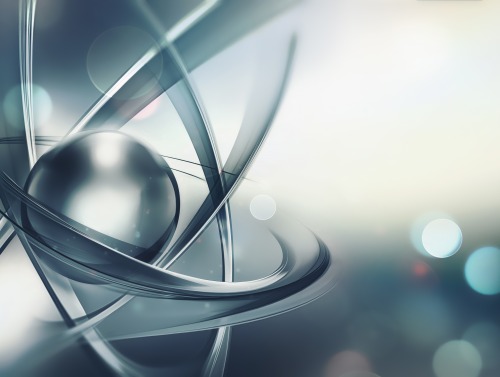 “This course uses the first great synthesis in physics (uniting motion on earth with motion in the heavens) and literacy with modern/contemporary physics to address enduring questions of humanity. By emphasizing the bigger picture and pursuing how different aspects life are connected, the course helps students, in their search for meaning, to notice cycles and patterns that comprise beauty and wisdom.”

Chemistry asks what is matter made of and how does it interact? A basic understanding of chemistry is a prerequisite for good citizenship in our changing and technological society. This course introduces modern chemical concepts and processes in the context of their impact on health, the environment, and technology. Through inquiry-based learning, you will develop critical thinking skills and data-driven decision making toward the understanding of matter. This course has a moderate laboratory component and is appropriate for students not intending to continue in fields requiring foundational chemistry knowledge.

Just 20 chemical elements are essential for human nutrition. This course will explore the atomic composition and structure of these elements; examine how some of these elements combine to make larger macronutrients; and consider the role that micro- and macro-nutrients play in producing energy, assisting development, and preventing and fighting disease in the human body. Team-based learning exercises and a moderate laboratory component will emphasize critical thinking and real-world applications of chemistry to physiology, health, wellness, and nutrition. This course is appropriate for students not intending to continue in fields requiring foundational chemistry.

This course will explore how astronomers have been able to discover Earth’s place in the universe, and the structure of the local galaxy and universe. Within this exploration, astronomers have also discovered thousands of other planets, and have begun to map the deepest extents of time and space. From the discovery of distant galaxies and signatures of the origins of the universe, we also have begun to unravel the mysteries of the Big Bang, the formation of the first stars and galaxies, and how the earth arose from billions of years of cosmic evolution. The course will explore the search for exoplanets and the early universe with a mix of in-class exercises, analysis of space-based datasets, and observations with telescopes and instruments.

The physics of motion on earth and in the heavens is traced from ancient Greek times through the Dark and Middle Ages, to the Renaissance and Galileo, and to Newton and the Enlightenment. Humanistic, cultural, and historical perspectives are emphasized as is the scientific method/process. Science is shown to be inextricably linked to other human endeavors such as religion, art, politics, music, literature, philosophy, and commerce. High school knowledge of algebra, geometry, trigonometry, and scientific notation would be helpful. Concurrently, we will explore physics after Newton and up to the contemporary frontier of string/brane theory, covering topics such as relativity and quantum mechanics and utilizing modern physics labs.

Prerequisite: Previous and solid experience in physics and calculus plus instructor consent.

This heavily mathematical course with no lab requirement examines the changing conceptions of space and time from classical to modern to contemporary physics. Moving from Newtonian reality to Einstein’s relativity to quantum mechanics to current unification theories, we will explore mathematics as a tool to transcend our faulty perceptions and to reveal new phenomenal, though perhaps not narrative, truth.