The Learning Cluster is one of the signature features of the SUA curriculum. Offered during Winter Block, a 3.5-week period in early January, the Learning Cluster is an immersive exploration of a problem of interest to faculty and students who co-design unique courses during the Fall semester. Learning Cluster faculty, with groups of 12 or fewer students, are launched into explorations across California and the world, where they gather information, observations, and experiences that will enable them to understand the full complexity of these problems and develop solutions together. Many Learning Cluster courses tackle issues of social justice, study marginalized or minority communities, and explore the diverse cultures and environments in Southern California and across the world. More than a geographic journey, the Learning Cluster is an opportunity to journey across cultures and to explore a wide swath of ideas, embodying the “imaginative empathy” characteristic of global citizenship.

You will learn to:

Students and faculty with entrepreneur Luis Nieves (fourth from left).

Students who participated in the “Politics of Disneyland” Learning Cluster present their results.

Taught by Peter Burns, professor of political science, this course explored the idea of the Disneyland theme park being an agent of political socialization, creating certain images and ideas that were imprinted within one’s perception of American political culture and American history. With specific emphasis on the attractions Great Moments with Mr. Lincoln and the flag retreat ceremony, the group of students examined depictions of patriotism and cooperation with big corporations. The group documented their findings of the distorted, culturally erased, and white-centered representation of the United States at Disneyland with photos and video.

Robert Hamersley, associate professor of microbiology, and his students conducted waste audits at Soka’s campus: actual measurements of what is being thrown away. They found that waste was dominated by disposable coffee cups, paper towels and napkins, and disposable drink bottles. They also found that trash bins contained more than 35% recyclable materials and that the recycling bins contained more than 25% trash. However, they also found out that SUA only recycles paper that is disposed of in special paper recycling bins and cardboard boxes, and that all other recycling bins are being disposed of as trash. At least part of the problem is that the recycling bins are so heavily contaminated with trash. If the university is to increase the amount of waste diverted from landfills, Soka need to find ways to use less disposable paper and plastic products, and to educate students, staff, and faculty to sort their trash and recycling correctly.

In this course with Monika Calef, associate professor of physical geography, students learned about performing spatial analyses using ArcGIS Pro by ESRI. For their final project, students created a map on a topic of their choice: they had to find the data on their topic, convert the data to make it match, and then create a meaningful and legible map with that data.

With guidance from Ian Read, associate professor of Latin American studies, students began with the question: ”What caused the worst natural calamity in the Americas in the last three hundred years and why has it been mostly forgotten?” They spent the first two days designing a rigorous syllabus. Following two weeks of lecture, discussion, presentations, essays, and finally a visit to the UCLA research library, students began to turn their attention to how a new disaster (e.g., drought, famine, and disease) is likely to occur in the same place today. Drought is cyclical in Northeastern Brazil and potentially exacerbated by climate change.

The great majority of Learning Cluster courses take excursions around Southern California. Additionally, up to five courses each term are awarded a Travel Grant by the Nieves Foundation for more extensive travel, often going abroad. These travel grants have allowed courses to study in places such as Japan, Ghana, Tahiti, Argentina, South Korea, Singapore, Indonesia, Brazil, Peru, and a number of cities in the United States.

With the kind support of the Nieves Family Foundation, this learning cluster sought to better understand indigenous peoples in Asia. The idea of indigeneity has been shaped by the experiences of first peoples in “settler countries.” In recent decades, the concept has becoming increasingly important in Africa and Asia, where groups formerly seen as ethnic minorities frame their struggles in terms of being indigenous peoples. This course sought to understand how the concept is understood in Asia, specifically Malaysia, and how indigenous peoples have approached contemporary challenges associated with development. After one week of intense classes, students travelled to Sabah in Malaysian Borneo for 12 days, meeting with government officials, NGOs, university classes, artists, businesspeople, and political parties. These experiences helped them to better understand the divisions within Sabah’s indigenous communities, the complex landscape of indigeneity, and the major concerns related to migration, land rights, palm oil, and tourism.

What is economic development in the case of China, the largest developing country, that astonishes the world by the highest average growth rate over the past four decades? Entering a new era of development, have Chinese firms started or continued to take seriously corporate social responsibility in making their management decisions? To explore these two questions, students in this course visited nine firms and three universities in Shenzhen (SZ), Hong Kong (HK), and Macau (MU), China, over eight days in January 2019. The tour of Hengli Digital Inc. in SZ, a city that is nicknamed “Silicon Valley of China” presented the whole process of producing a cable box from a naked motherboard to a completed unit that is packaged and ready to be shipped to customers in Europe. Experiencing three other firms in SZ (office supplies, garment, and product testing lab) in the same fashion, students gained a better understanding of the term “Made in China.”

In January 2019 this Learning Cluster course traveled to Miami to meet with professors from Florida International University, reporters from the Miami Herald and El Nuevo Herald, and immigrant advocate groups to learn about the history and current situation of Latin American asylum seekers arriving in Miami. Students learned about the situation of Venezuelans, who are the largest group applying for asylum right now, but it is unclear whether they will be successful given the anti-immigrant and anti-refugee climate of the current administration. They visited many of the ethnic neighborhoods, spoke with immigrants and activists about their experiences, and tried many wonderful cuisines. 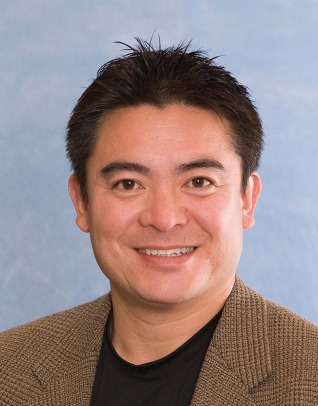 Seiji Takaku joined Soka University of America in 2002 as a professor of psychology. His research interests focus on cross-cultural examinations of people’s apology (and excuse)-giving behavior, interpersonal forgiveness, and various strategies involved in interpersonal/inter-group conflict resolutions. He has published several articles and book chapters on these topics. In his spare time, Seiji loves to read books, play golf, and offer private hitting lessons and mental coaching for young baseball players as he once dreamed of becoming a professional baseball player.